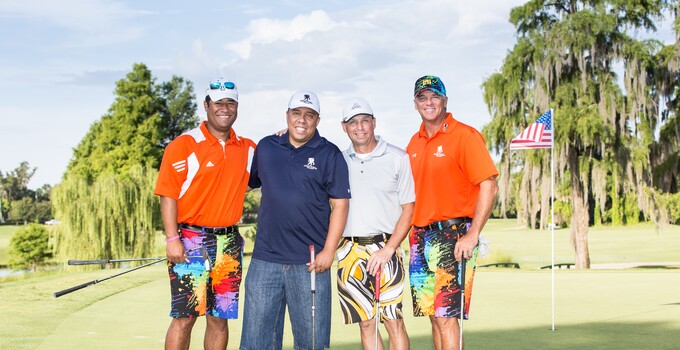 The fifth annual World’s Largest Golf Outing is set for Monday, August 3rd. Register today to participate in one of America’s largest, most rewarding golf experiences that has raised more than $2 million for Wounded Warrior Project since its inception in 2011. Play as a single or form a team and help raise funds and awareness for our nation’s injured heroes and their families.

The simultaneous fundraiser is expected to be played at more than 150 golf courses from New England to Hawaii. Last year, more than 12,000 golfers, including 364 wounded warriors, played at 110 courses and raised more than $887,000. We are hoping for an even better, record-breaking year in 2015; help us make a difference in the lives of those who’ve sacrificed life and limb to protect our daily freedoms.

After the 2014 event, the late PGA TOUR legend Billy Casper issued a challenge to America to raise more than $1 million. Help us achieve Billy’s goal!

“Our dear friend Billy Casper instilled a culture of helping others,” says Peter Hill, Chairman and CEO of BCG. “Billy’s spirit lives on through everyone participating in the World’s Largest Golf Outing; giving back to the brave men and women who protect our daily freedoms meant so much to him.”

To register, head to worldslargestgolfouting.com/register and find a course near you!