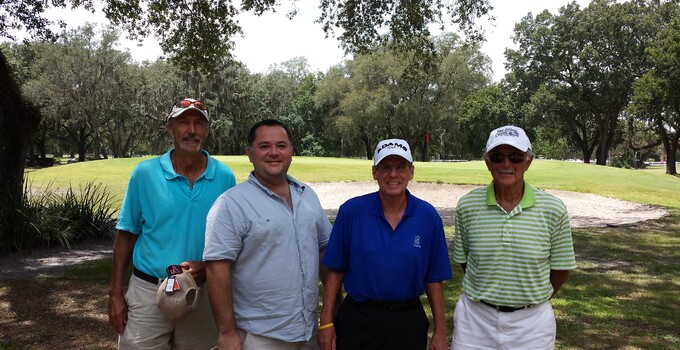 For some, fundraising comes naturally. For others, for a variety of reasons, it's a struggle.

We here with the World's Largest Golf Outing are hoping to make it easy as possible for you and your team to raise money to benefit Wounded Warrior Project, so we're introducing Fundraising Fridays, where we'll offer creative ideas to fundraise for a great cause.

The WLGO format is a four-person scramble, meaning you're all playing on the same team. But a good way to raise extra money among your supporters is to bid to see who will contribute the most to the team effort.

Each player's drive has to be used at least three times, but that leaves up to as many as six drives in play for any team member to use. How about a friendly wager/donation among friends on whose drives will be used the most?

Who will have the longest drive of the day? Or how about closest to the pin? Or the longest putt? There are plenty of things to track for the sake of benefiting Wounded Warrior Project and have a friendly competition among teammates -- even if you're not in the running to win the day at your site.