What's in a name? Some of the more interesting WLGO team names 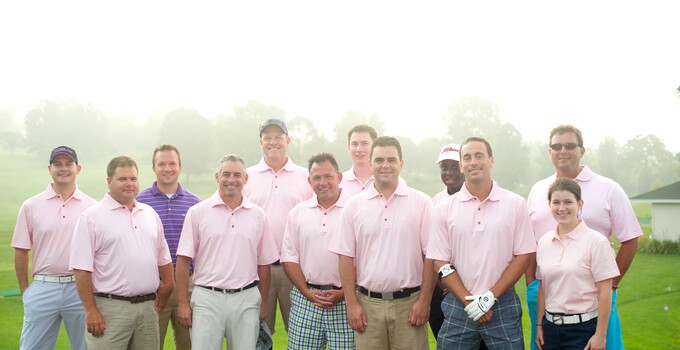 With thousands of players signed up for the 2014 World's Largest Golf Outing, it's hard to stand out from the crowd. The easiest way is to get on top of the donation leaderboard, like Team Horn. The next easiest? Have the most clever name.

You have to be called something, right? When you register for the World's Largest Golf Outing, we ask you to come up with a team name. It may as well be catchy, creative, funny or, at a minimum, memorable.

Then there's Team We Will Win. That sounds awfully certain, but we like the moxie.

How about a pun? Team Weapons of Grass Destruction. That's good thinking.

Or the team name can identify some VIPs playing in the group, like Billy Casper Golf CEO Peter Hill playing on, you guessed it, Team BCG CEO.

Our favorite? It's Team Bill Murray. Here's hoping the comedy legend got wind of the name and will show up on Aug. 11. That guy's showing up at everything lately.