Secrets of a fundraising juggernaut 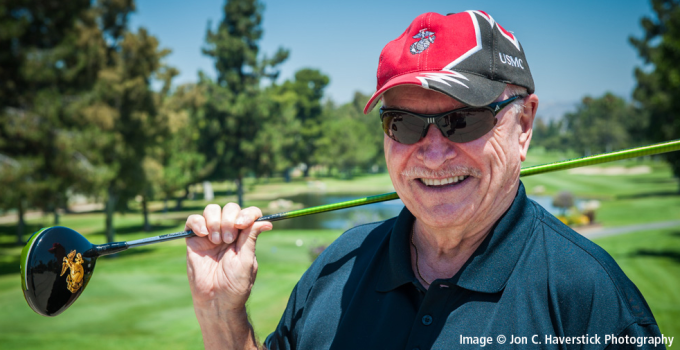 Jim Calkin knows a thing or two about selling -- selling a product, selling a cause, selling a relationship. An officer at the E.T. Horn Company, Calkin's been a salesman for a half-century, ever since he returned from serving his country in the Vietnam War.

When he's not selling his business of distributing raw materials to some of the world's largest manufacturers, he's selling people on supporting the World's Largest Golf Outing and the Wounded Warrior Project.

Calkin heard about the World's Largest Golf Outing a year ago at AltaVista Country Club, where he's been a member since 1968. With just three weeks' notice, he and his team raised $15,000 -- an astounding amount of money. He's hoping his team will do even better this year. What's the secret to his success?

"I don't mind sending emails, calling people," Calkin said. "The worst they can do is say no, but people typically feel it's a worthy cause."

More often than not, those phone calls lead to a donation. It also helps that the Horn Company is fully behind the tournament, matching employee donations to the team up to $100 each. Calkin didn't even have to ask. The company's many golfers responded resoundingly.

When asked how his team did a year ago, Calkin couldn't recall.

"How we did, I don't remember," he said. "We already won before we teed off."