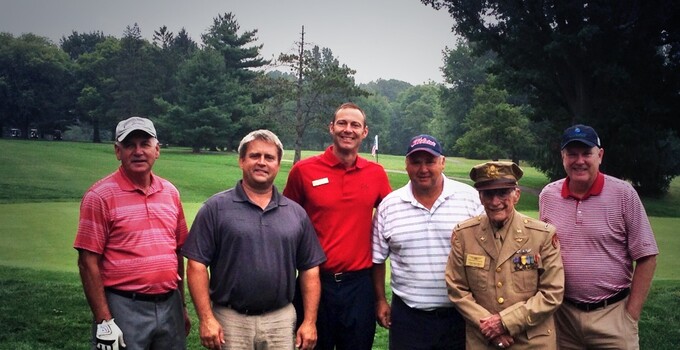 If you grew up playing golf as a young person, you were probably told a lot that golf is a game you can play for the rest of your life. A participant in Monday's World's Largest Golf Outing drove the point home in a fantastic way on Monday.

From the Midland (Mich.) Daily News:

(Currie Golf Courses general manager) Milholland said one of the veterans was 92-year-old Barney Bearinger, who played in a foursome with Milholland for nine of the 18-hole scramble.

“After nine holes, he told me he had to stop because of his knees. I told him, ‘Thanks for being a part of this,’” Milholland said.

Bearinger was among the hundreds of veterans who participated on Monday, including Herb Heilbrun (pictured), a WW2 veteran pilot, who raised the colors at Cincinnati's California Golf Course.