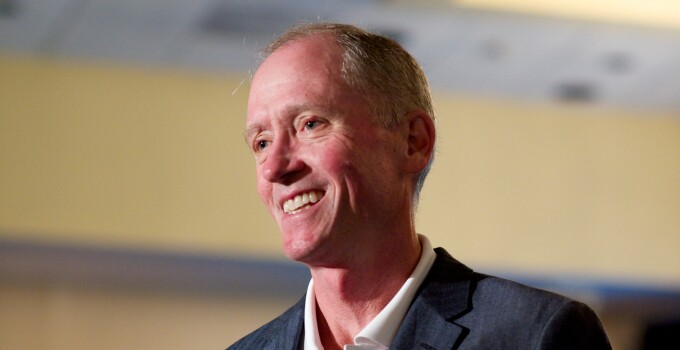 I’d never been outside the continental United States, until at the tender age of 29 and a newly-minted MBA from Columbia University. I spent what was left of my very modest net worth on a 3-week trip through Bali and China. Not Europe? I knew I’d get to Europe eventually, but I knew China and Indonesia would be vastly more difficult destinations to reach as the pressures of career and personal ties would unfold in the coming years.  So, off I went.

My travelling companion in China was a Jesuit priest. Jim was learned and outgoing man, and owing to his vow of ‘poverty’, owned only a few prized possessions. One such possession was a Polaroid Instant Camera.  Polaroid pioneered instant photography. You snapped a picture and then pulled a paper tab that was connected to a film cartridge inside the camera and then the action of physically pulling the film through two rollers activated the film development process. So, while you held a 3x5 sheath of paper (and chemical) in your hand, you watched the photo image develop right in your hand in less than a minute. It was brilliant, innovative, captivating, and convenient. You got 8 pictures to the film pack – then re-load; all for about $1.50 per picture.  Digital photography had yet to be invented.

In 1982, China had one automobile for every 10,000 people. In the U.S. we had about 7,000 for every 10,000 people. There were no buildings taller than 10 stories. Construction scaffolding was bamboo. President Nixon’s visit to China in 1972 was the first ever by a U.S. President and ended a 25-year period of international isolation between China and the West. There were few foreign visitors to China.

On the morning a bright summer day in June the city of Guilin, China Jim and I were walking the streets.  We drew an instant crowd of curious residents most places we went owing to the fact that we were Caucasian and I was significantly taller than the average Chinese.  Today was no different.  Jim and I happened upon a store that offered ‘business equipment’ and  proudly displayed a manual Smith-Corona typewriter in its almost barren storefront window. We walked inside and within minutes,  and to the delight of a gathering of 60 or so Chinese pressing against us closely for a better look, Jim was typing a message at a brisk 60+ word-per-minute pace on the machine. The clatter and ‘magic’ of the machine impressed and delighted the residents who had never seen such a thing.

Back outside, Jim and I noticed a young mother carrying her 2-year-old child. Their expressions toward us were a mixture of curiosity, shyness, and wonderment.  Jim pulled his Polaroid from his shoulder case and gestured to the ‘family’ to pose for a picture. Now in the midst of 100+ Chinese onlookers, Jim was trying to explain that he wanted to take a picture. This was not easy. They did not understand us, had never seen a camera, and so had difficulty understanding the meaning of ‘get closer’and ‘smile’, let alone ‘say cheese’, and so on.

Jim snapped a picture, pulled the photo through the roller, and waited.  The group around us now swelled to several hundred spilling from the sidewalk into the street, craning to get a better glimpse of us, the camera, and whatever was about to happen. Jim handed the photo to the young mother who with the widest eyes and shrieks of incredulity watched as the photo she held in her hand of her and her child developed right before her eyes. The murmurs and laughter from the crush of onlookers close enough to see was palpable.

This was technology and its impact in 1982. This woman had a first-ever family picture on that day.

Since that time the world has seen the introduction of the personal computer, laptop computers, the internet, cell phones, iPods, smart phones, tablets, email, text messaging, Facebook, Instagram, Twitter, and dozens of other data-driven tools that connect and engage with people everywhere, in real time.

Today, China alone has more than 700 million smart-phone users; there are more than 2.5 billion people using the internet. Vast parts of our daily experience come to us in digital form. We don’t touch it; we see it, and we view more content about more topics in a single day than our ancestors in the 1800s saw in a lifetime.

So, Billy Casper Golf is ‘ramping up’ to play bigger and faster in the digital space. Why? Because a BCG golfer that plays one of our courses once-a-week is giving us 5-6 hours of their time and that leaves more than 160 hours in the remainder of the week that we have the opportunity to engage with them via the web or mobile device by offering relevant, fresh, creative, and timely content for their enjoyment.  We want BCG, their favorite course, and our brand to become top-of-mind when they ARE AWAY from the golf course.

The contrast between 1982 and today is stark. Billy Casper Golf’s role in this spiraling evolution of data and connectivity is to create a place, platform, and forum for our golfers to stay connected with our company and courses 24/7. We will do this by hosting a robust web and digital presence that delivers interesting content to our golfers via their smartphones, PCs, and tablets. What’s meant by ‘interesting content’? Let me illustrate. If someone hosted a website that actually became a portal into ‘time-travel’, it would garner lots of interest. Heck, it would be overrun.  If someone hosted a website that offered a cure for cancer or step-by-step instructions to harness cold-fusion as an energy source, both would be of high interest, to most everyone on the planet. You get the idea.

Our digital network will be a tool for us to create, feed, publish, and curate information about us, our golfers, our courses, our game, our industry, our opinions, our stories, our pictures, our videos, our experiences in and around golf. Good content draws an audience. It’s why newspapers, radio, and television were successful.

The Billy Casper Digital Network is a great idea that launches now. We are embracing today’s and tomorrow’s wave of technology to improve our connection with our golfers and keep them excited. While our digital network has a beginning point, it will evolve as it grows. Each of us within BCG has a role in the process of this evolution. We have the ability to do something in a digital forum with and for our golfers that has never been done before. We know our golfers will welcome the content and increased engagement with us – and yes, we intend to use the time with the golfer as a tool to increase our activity with them and enhance their loyalty. That’s good business and a good use of technology.