VIDEO: You have to see this backstop putt 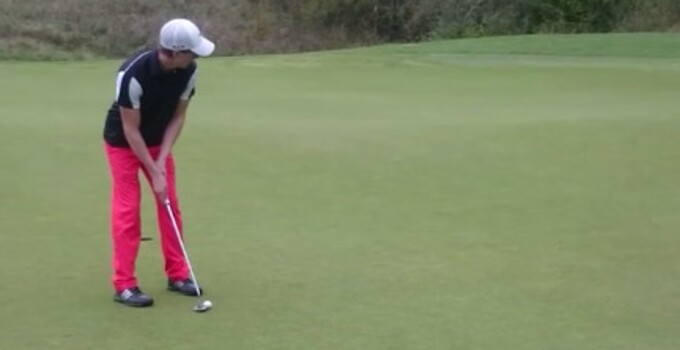 In the year about to end, golf trick shots really became big. Folks like the Bryan Brothers turned trick shots into an art form, coming up with new ways to impressively hit the golf ball or find a new target. From there, it became a game of copy cat, with amateurs and newfound pros alike trying to one-up each other (no pun intended).

And from that group came the idea of the backstop putt: putting a ball up a hill just far enough that it comes back down the hill and into the cup. It's really difficult because you have to identify a hill that'll work, how hard to hit the putt so that it stops and comes back downhill, as well as reading the putt.

Of the backstop putts we saw this year, this one from Sweden probably not the best, but it's still very impressive.