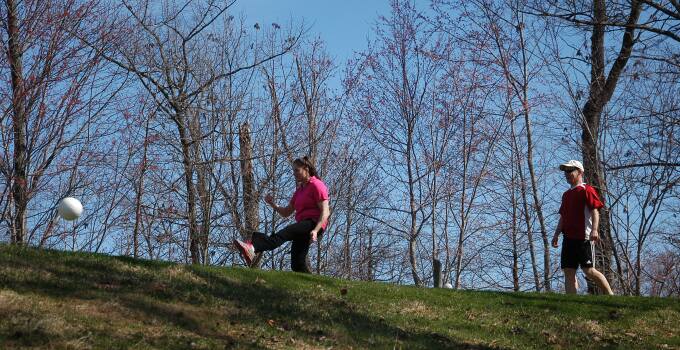 It's chilly outside in a lot of the country, not only putting an end to golf season but to the first nationwide season of FootGolf. That means, for those undeterred by the cold and possibly a few stiff kicks of the ball, putting away the soccer-styled kits and replacing them with pants and long-sleeve shirts.

But after a successful 2014 for the sport, buoyed by its widespread acceptance in the golf community, we take a look back at a pair of tournaments put on in September by the American FootGolf League. The U.S. Pro-Am events, one in New Jersey and the other in California, offered a $5,000 first-place prize to competitors hailing from a host of nations.