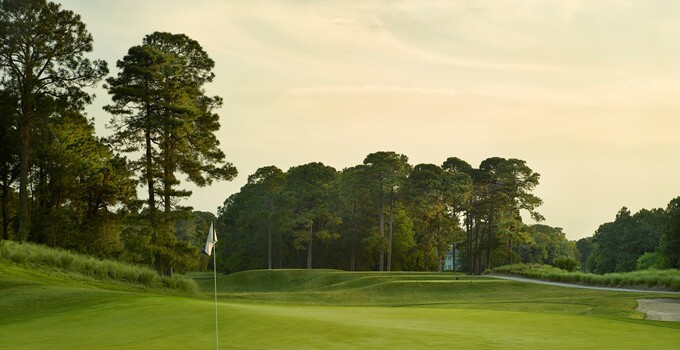 Holes-in-one are rare enough. Most golf courses see maybe a handful to 10 each year. Imagine then the surprise at Palmetto Hall Plantation when three aces were recorded on the same hole from three different groups in the same day.

This all unfolded on Oct. 19 during the Amateur Golf Tour Championship sponsored by Golfweek. From the blue tees on the par-3 eigthth hole at the Plantation's Robert Cupp Course, Daren Green of the Raleigh-Pinehurst Tour holed out first. In the foursome immediately following Green, Jose Talamantes from the Downeast Tour stepped up to swing from the same tee and also hit an ace from 130 yards. Later in the afternoon, JPGA player André Scopone also made a hole-in-one.

The odds of this remarkable occurrence are about the same as winning the Powerball. The probability of making a hole-in-one for an average player is roughly 12,500-1. The chances of two people acing the same hole on the same day from the same foursome are in the 17 million-1 range. Add in a third person, all from different groups, hitting from the same tees and the statistics are startling.

“We generally have a hand full of hole-in-ones annually, but three in one day is unbelievable,” says Dan Moscar, Palmetto Hall Plantation Club general manager. “In all my years in the industry, I have never had two aces in one day, let alone three!”