The perfect Christmas gift for the golfer in your life? A real, live Ryder Cup! 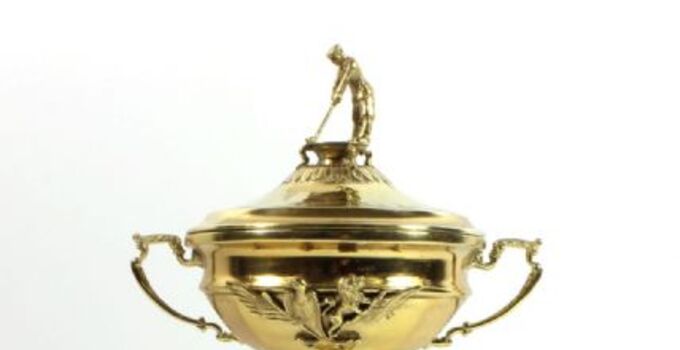 With Thanksgiving just two days away and the slew of Black Friday sales soon to follow the feast, it's time to start thinking about shopping for the loved ones in your life this holiday season. But if someone's buying you a holiday gift or two this year -- Santa, maybe? -- then may we recommend you ask for a Ryder Cup?

No, no. Not like a wish for the Americans to win the 2016 Ryder Cup, but the actual trophy itself. You can get one now if you're willing to pay some pretty big bucks.

Worthridge Auctions has a lot up for auction right now that's a version of the 1997 Ryder Cup trophy won by the European side at Valderrama in Spain. This foot-high replica trophy was presented to then-PGA of America president Will Mann and has etched signatures of every member of the losing American team.

The bidding starts at $5,000 (which hasn't yet been met) with the auction running until midnight on Dec. 6.