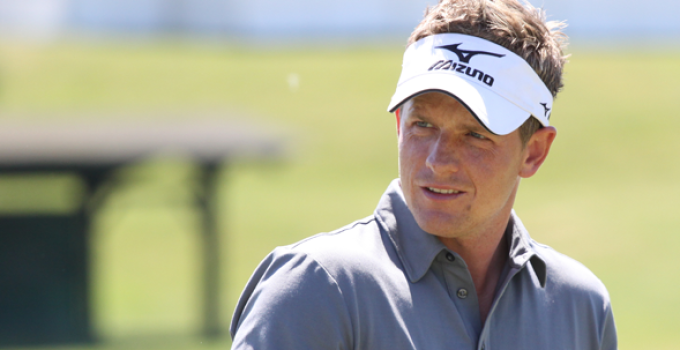 Well, it’s supposed to be a charm.  Luke Donald entered the final round at Harbour Town Golf Links with a one-stroke lead seeking redemption.  Alas, golf reminded us Sunday that it owes nothing to anyone, even if you were the No. 1 player in the world.

Donald’s even-par 71 was bypassed by a hot Branden Grace who racked up four birdies in his first six holes yesterday on the way to victory.  For Luke, it was his third, career runner-up finish at the RBC Heritage.

Headache, heartache … take your pick, Donald knows all about them.  In 2011 Brandt Snedeker erased a six-shot deficit to beat Donald in a playoff.  Three years later Matt Kuchar holed out from the bunker on the 72nd hole to complete a four-shot comeback.  Yesterday, Donald’s hot putter cooled off at the wrong time and sadly the tartan jacket remains elusive.

But something tells us Donald will be back in contention next year.  Perhaps it’s his record; the man from England has amassed more than $2.5 million at Harbour Town Golf Links, the third most among active players.  Or perhaps it’s the fact that he’s recorded five Top-3 finishes at the Pete Dye / Jack Nicklaus track since 2010.  Or maybe, just maybe, it’s because he was the No. 1 player in the world and knows what it takes to win.

Here’s hoping that one of the game’s purest swingers of the golf club and truest gentlemen is on a trip back to the spotlight.