Jack Nicklaus Swung the Club How Much?! 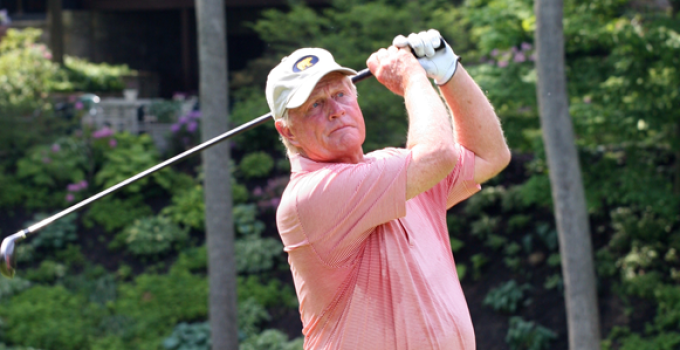 Back in 1997, some employees at the Golden Bear company decided to tally up the total amount strokes taken by Jack Nicklaus during his professional career. The number is slightly staggering. Over his 2,405 rounds as a pro, golf’s greatest champion amassed in the ball park of 170,061 strokes. That's about 3,400 strokes a year, 283 a month, or roughly 10 a day for nearly 50 years. Talk about a sore back!

Also, here's an interesting idea: PGATOUR.com lists him as playing in 595 events. Assuming he played all four days on a course with a par of 72 ... par for his career would be 171,360. Granted, some layouts were par-71 and even the great one missed a cut or two, but still, that's pretty darn impressive.

Even more eye-popping, the same group tallied the distance Jack covered will playing during the same time frame. Nicklaus’ journey to golf immortality took him 9,620 miles – a total more than three times the distance from New York to San Francisco.

Makes my legs hurt just thinking about it. I just hope he had a frequent flyer program!