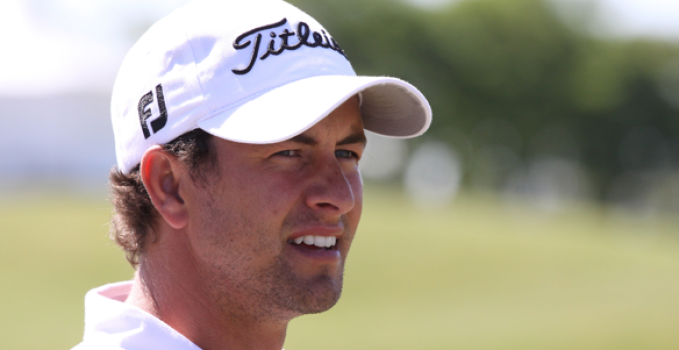 Have you ever had a habit you were forced to change? Sometimes we have to change routines for our health; other times change helps us in our relationships.   Regardless, those habits aren’t easily changed overnight.  What’s worse, sometimes, the decision to change is out of our control.

Adam Scott knows a thing or two about forced change.   The United States Golf Association’s ban on anchoring putters came into effect this year.  That means, if you’re playing in a tournament – either amateur or professional – you can no longer anchor a putter to your body.  Adam Scott was one of several professional golfers affected by this rule change.

Back in 2010, Scott was using a conventional putter and ranked 186th on TOUR in strokes gained putting.  In February of 2011, he was influenced by his coach and brother-in-law Brad Malone to give the long putter a try.  It was a match made in golf heaven.  Six months later he claimed his first win with the long stick at the WGC Bridgestone Invitational.

Fast forward to 2014 where Scott made the cut in all 17 events he played, won one event, pocketed more than $4 million and finished the year ranked 55th in strokes gained putting.  Then came news of the ban.  Now, Scott could still use his broomstick up until Jan. 1, 2016, but that didn’t help much.  In 2015 he made 11 of 15 cuts, collected just $1.3 million and his putting dipped more than 100 spots to No. 157.  He tallied 585 points in the FedEx Cup standings, the third lowest since the TOUR started keeping track in 2007. But, like all great professionals, he practiced hard, and seems to have found a groove.    This year alone, after six events, he’s won twice, ranks No. 6 in the world and is just shy of $4.2 million in earnings (his career best was $4.9 million in 2006).

Who knew he would be so successful after being forced to go back to the conventional putter?  To date he’s ranked 42nd in strokes gained putting (when he won The Masters in 2013 he was 103rd on the TOUR).

So, sometimes going back to our conventional ways isn’t such a bad thing. Even though habits are tough to break, sometimes it can be for the better. It’s just too bad we can’t all be making millions by breaking habits.  But, who knows, maybe one day!