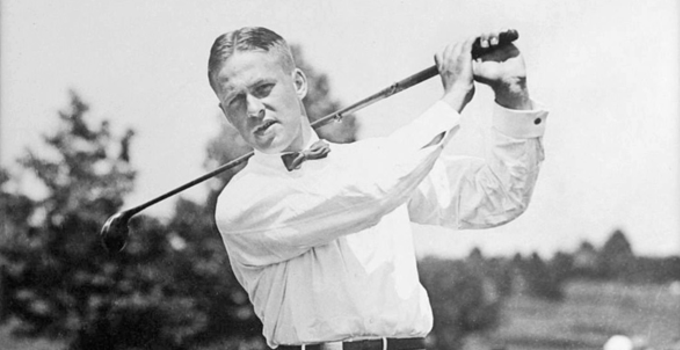 We’re excited to start up a new segment on the Billy Casper Digital Network. Join us each week as we explore some of golf’s greatest champions. This week we take a quick peek into the man, the myth, the legend, Mr. Bobby Jones.

Robert Tyre Jones Jr. was born on March 17, 1902 in Atlanta, GA. He won the Georgia State Amateur at the ripe old age of 14 and qualified for the U.S. Amateur that year at Merion where he played well but lost in the third round of match play. That was the beginning of what is hailed as the most successful amateur career in history.

Jones is most famous for winning the “Grand Slam” which at the time consisted of the U.S. Open, U.S. Amateur, British Open and British Amateur. In all, Jones played in 31 majors, winning 13 titles and placing among the Top 10 an astonishing 27 times. His resume looks something like this:

Yea, not too shabby.

Jones retired from competitive golf at the age of 28 (talk about going out on top). He earned his living as lawyer (professional golf didn’t pay a whole lot back then) and later made money as a golf instructor and equipment designer. He founded and helped design Augusta National Golf Club with Dr. Alister MacKenzie.