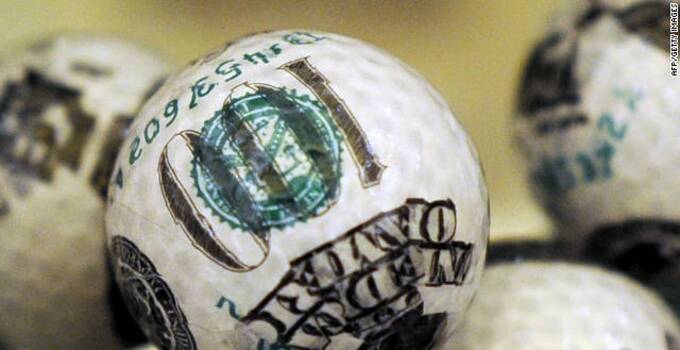 No, we're not talking about the Oakland A's in the final Games to Play of 2014. We're actually talking about what could perhaps be the most fun way to play a four-person team tournament.

Moneyball -- which goes by several other names, including Devil Ball -- is a twist on any format where you need at least two scores from a group of three or more players. On each hole, a player is assigned the Money Ball. Player A goes on Hole 1, Player B on Hole 2 and so forth until the fifth hole, when Player A takes on Money Ball duties again. That player's score counts, no matter what. Then, the other required scores come from the other free players.

This means that, on each hole, there's one player who faces the most pressure. If they don't score well, they could put the team in jeopardy.

This format really is designed to protect against sandbaggers, particularly in any handicapped format -- that is, unless everyone on the team is sandbagging, and then there's not much hope for anyone else.