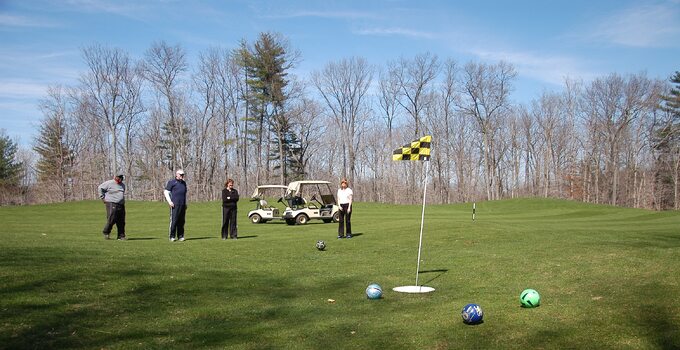 If you haven't given FootGolf a try yet, you're not alone. But there are less and less people, and less and less reasons, to not give it a shot.

In addition to the folks at Golf Digest giving the game a try and tweeting about it earlier this week, CSN Washington featured FootGolf at BCG's General's Ridge Golf Course in Manassas Park, Va., on their "SportsNet Central" program. The feature follows three players through a round to see how the game is played first-hand. Look out for the near ace!

General's Ridge, along with nearby Lake Ridge, are set to host the first American FootGolf League tournament on July 19-20. Learn more about the tournament at our FootGolf website.