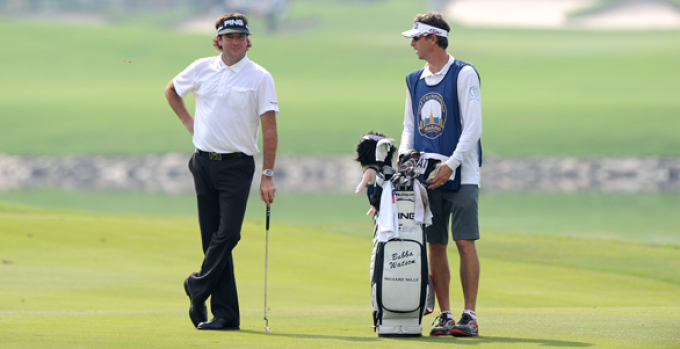 A little bit ago Bubba Watson, one of golf’s most colorful and polarizing players, said that should he ever get to 10 victories or No. 1 in the world, he’d retire.  “Walk away on top,” if you will.

Well, yesterday at Riviera, Bubba from Baghdad inched ever-so-close to his ultimate goal, notching his ninth TOUR victory at the Northern Trust Open.  Bubba did what Bubba does best: take it deep off the tee, work the golf ball better than anyone else on TOUR and sink a few closing, clutch birdies.

As we watched Gerry Lester “Bubba” Watson hoist the trophy high over his head, along with his adorable daughter Dakota who stole the post-round show, the question lingered …

Will he actually do it?

What if Bubba wins The Masters for a third time, will he ride off into the sunset?  Could he actually walk away from the game?

He’s won plenty of money: $33,497,995 just on the PGA TOUR, not counting endorsements.  He’s the proud owner of two green jackets, perhaps the most coveted coat in golf.  He’s represented the U.S. in the Ryder Cup.  He’s traveled the world and played on some of the most historic golf courses in the world.  So why not retire??

Easy, he’s 37 years old.  There’s so much more golf to play and so much more money to win.  Don’t get me wrong, little Caleb and Dakota are going to be fine, but how can you turn your back on a game that gives so much!  Sure, he’s had his bad days … many of which the critics are quick to comment on.  But undoubtedly, Bubba is great for the game.

What do you think though?  Can you see Bubba holding true to his word and hanging up the sticks after his next victory?  Message us @BillyCasperGolf on Facebook, Twitter and Instagram and let us know what you think.

For me, I say the chances of Bubba retiring are about as slim as Bubba hitting a straight golf shot.