Billy Casper Missed at The Masters 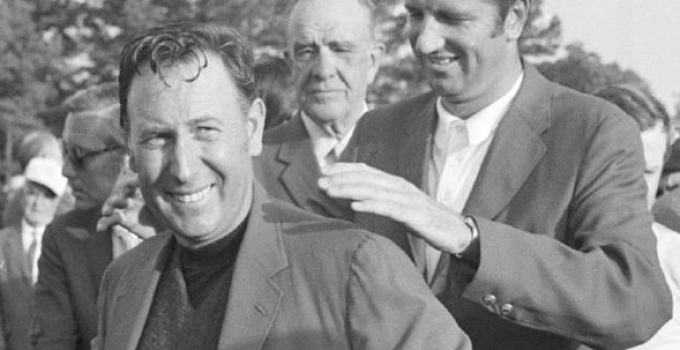 Forty-six years ago William Earl Casper, Jr. slipped on golf’s most coveted jacket.  Perhaps one of the most under-discussed golfers of all time, Billy Casper’s accomplishments on the golf course are trumped only by the life he lived off it.

Playing – and winning – golf tournaments in a time dominated by the “Big Three” (Nicklaus, Palmer and Player), Casper amassed 51 PGA TOUR victories placing him seventh on the all-time list.  In fact, from 1964 to 1970 Casper actually won two more tournaments than Nicklaus and six more than Player and Palmer combined.

Casper passed away last February at the age of 83; while golf lost one of its legends, the world lost an even better man.  Married to Shirley Franklin Casper for more than 60 years, Casper was the father to 11 children (six of whom were adopted) and 71 grandchildren and great-grandchildren.  He was known by his peers for his unwavering sense of humor, generosity and zest for life.

“My goal in life is to help my fellow man and touch people’s lives in a positive way wherever I go,” Casper said.  Shouldn’t we all be so lucky to live and love like Mr. Casper.

Watch HERE a wonderful tribute to the man they called “Buffalo Bill” and listen to Jimmy Roberts, Mark O’Meara and Gentle Ben Crenshaw discuss the legacy of a true, Masters’ champion.