90-year-old N.C. man beats cancer, then heads back to the links 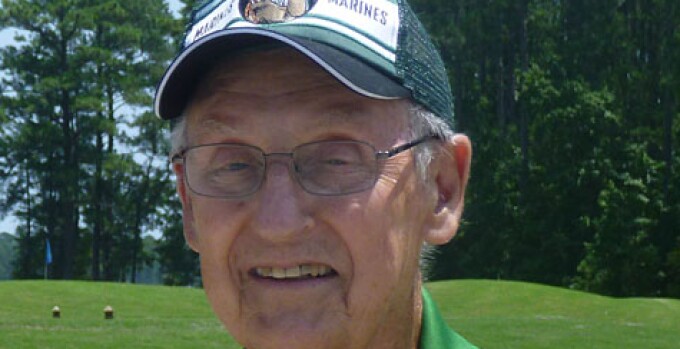 The most astounding thing about Harsen, however, is that he has just recently taken the game back up after beating lymphoma. Diagnosed with the condition in 2012, Harsen underwent chemotherapy, which drained him of energy and forced him away from golf despite living off of Harbour Pointe's 18th hole.

“When I had that, and when I came out of it, I suffered severe depression,” Harsen said to the New Bern Sun Journal. “I live on the 18th hole and could see my buddies playing, and I couldn’t get out and do a damn thing."

At the end of 2013, Harsen was given a clean bill of health. A couple of months later, Harsen was ready to play golf again after almost two years away from the game. Harsen, a World War II veteran, told the Sun Journal he gets tired sooner in the round than he did before fighting cancer, but that he still manages his way around to shoot in the high 80s or low 90s. But after the time away from golf, a sport Harsen has played for half his life, he's just happy to be back on the course.

“I enjoy being around the other guys and I love to beat them when I can," he said. "I just enjoy playing golf. I enjoy the camaraderie.”