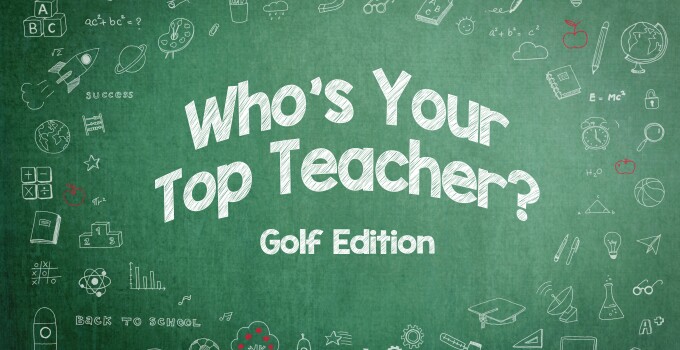 Lefty leaving his longtime instructor got us thinking.  If you could take a lesson with one of the all-time great teachers, dead or alive, who would it be?

Would you choose Harmon?  Perhaps visit Hank Haney’s ranch or be schooled in the science of swing mechanics by Sean Foley?   Would you consult with Chris Como or become a short game guru under Dave Pelz?  Maybe going old school with Harvey Penick is more your speed or a lesson with Jack Grout, Jack Nicklaus’ first and only coach, is just what the doctor ordered.

I know my choice … sign me up for lessons with the legendary Chubbs Peterson.  If he can turn an ex-hockey player into a TOUR Championship winner, just image what he can do with my game!

Just remember, it’s all in the hips!