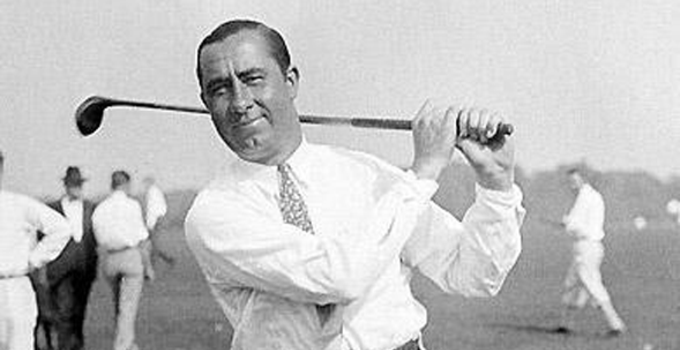 Did you know, one of the greatest golfers to ever play the game also had one of the heaviest golf bags.

In the 1930s, Walter Hagen, the eighth most winningest golfer in PGA TOUR history, played with a set of clubs that consisted of 20 irons and four woods, not to mention his putter.

The two-time U.S. Open, four-time Open Championship and five-time PGA Championship winner used irons that came in half-steps.  What that means is Hagen had a three iron and a three-and-a-half iron; a four-iron and four-and-a-half iron … and so on down the line.

Of course, this all went down before the USGA established rule 4.4 that states a player can carry a maximum of 14 clubs.

With 24-plus clubs, golf balls and other equipment, his bag was said to have weighed more than 40 pounds.

Phew, I sure hope he paid his caddie well.