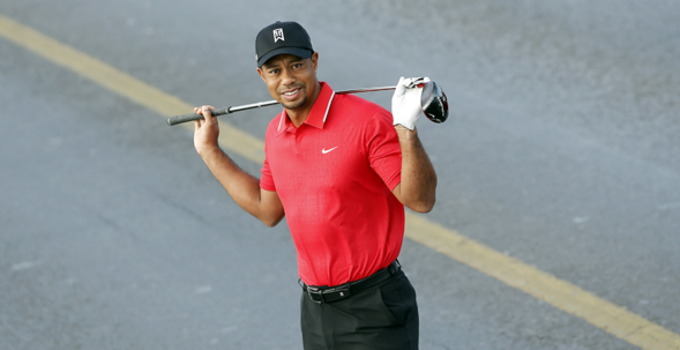 Eldrick Tont “Tiger” Woods turns 40 today.  Yep, 40 years old … it’s hard to believe “Hello world” happened nearly 20 years ago.  Tiger turned pro in 1996 and shortly thereafter became the youngest golfer and first African American to win The Masters (1997).  A short time later he ascended to No. 1 in the Official World Golf Rankings, a spot he occupied for longer than any other golfer in history.

Love him or hate him, the guy is a heck of a golfer.

Check out these impressive stats we found on www.tigerwoods.com:

PGA TOUR CAREER VICTORIES: 79 (only Sam Snead has more at 82)

BEST FIVE-HOLE START ON THE PGA TOUR:  Woods went birdie-birdie-eagle-birdie-birdie (6-under) to start the 2009 Buick Open

ROUNDS WITHOUT A BIRDIE: Only eight rounds as a pro without a birdie

MOST CONSECUTIVE EVENTS WITHOUT MISSING THE CUT: Between 1998 and 2005, Woods made the cut in 142 consecutive events

MOST CONSECUTIVE EVENTS AT PAR OR BETTER: 35 consecutive events (PGA TOUR record); in 2000 Woods became the first player to be under-par in every event played on the PGA TOUR for an entire year.