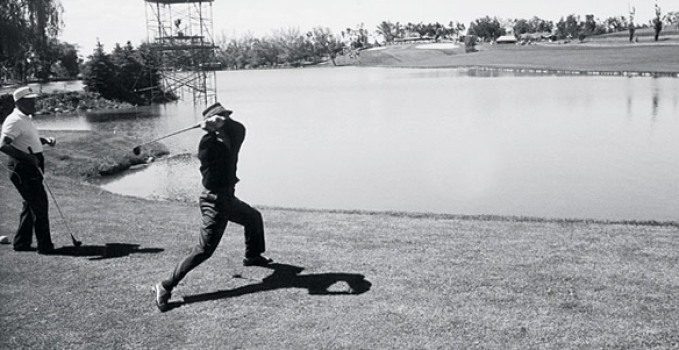 Here’s a fishy story for ya.

Playing in the 1960 U.S. Open at Chery Hills Country Club, Tommy Bolt put consecutive drives into the lake running down the left-hand side of the fairway.  When he teed up yet another ball a carp jumped out of the water.  Enraged, Bolt fired his driver in the fish’s general direction, striking it and killing it.

Impressive.  Apparently Bolt was well-known for his temper, and club throwing was an art and science which he perfected.

Now, if only his aim were as true as his toss, he might have avoided sending his driver to w watery grave.