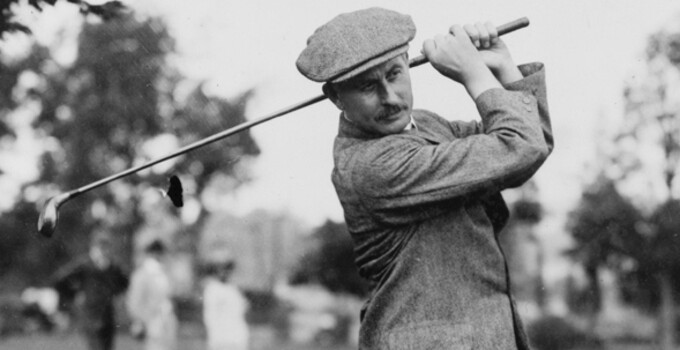 According to USGA rules, a golfer is allowed to have 14 clubs in their bag.

Vardon, one of the all-time greats and six-time British Open Champion, won the 1896 Open using only seven clubs.  A member of the Great Triumvirate – comprised of the three leading British golfers of the late 19th century which included John Henry Taylor and James Braid – Vardon was often called “The Stylist.”  And with only using seven clubs, it’s easy to see why … it takes some style to get around the course with such few tools.

Even more impressive, Tom Morris Sr., considered the first celebrity golfers by many, used only five clubs during the height of his career.  “Old Tom” won four British Opens playing with a wood and four irons.