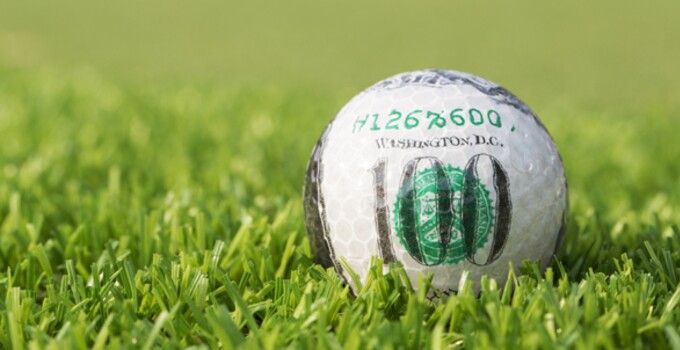 During World War II, a war-time rubber shortage caused the price of golf balls to soar.  Players were dishing out Franklins just to get a box of balls to compete in the tournament that week.

The legendary Sam Snead found a way to save some cash though; the World Golf Hall of Famer won the 1945 Los Angeles Open using the same ball the entire tournament.

“You couldn’t get balls then,” Snead recalled.  “I was playing $100 a dozen for balls.  Before the tournament, Bing Crosby gave me a ball, a Spalding Dot, and I played with it throughout the four rounds.  The cover was loose, but it kept going.”

Snead certainly took the “one-ball rule” to heart and it sure paid off.

Click HERE to watch him recall the 1945 Los Angeles Open, and give thanks tonight that a lost ball will only set you back a couple of bucks instead of full-day’s pay.