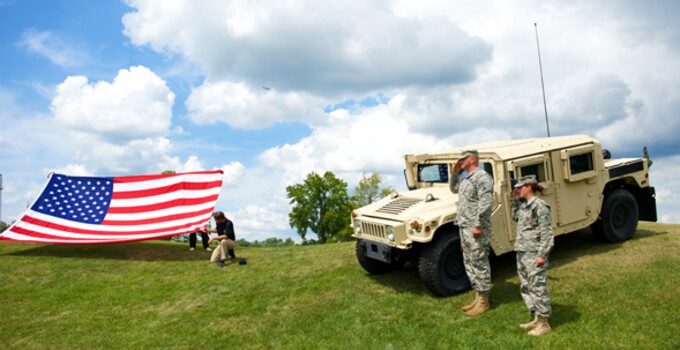 On this Veterans Day, the Billy Casper Golf team gives thanks to all those who are or have served in our nation’s armed forces.  You are what makes this country so great and we cannot thank you enough.

Did you know golf has a long history with the military?  Some of the game’s icons put down their clubs and picked up arms to defend America.

At age 40, with his golf career long behind him, Bobby Jones served as Captain in the U.S. Army Air Corp during World War II, landing at Normandy on D-Day plus one.

Hall of Famer Lloyd Mangrum earned two Purple Hurts, receiving wounds at the Battle of the Bulge.  Ben Hogan and Sam Snead joined the military during the prime of their careers while Lee Trevino served as a machine gunner in the U.S. Marine Corps for four years.

Current PGA TOUR member and World No. 316 Billy Hurley III graduated from the United States Naval Academy, served a tour of duty in the Persian Gulf and rose to the rank of Lieutenant.

And long before Rory McIlroy hoisted his first major championship trophy at Congressional Country Club, the Office of Strategic Services – the precursor to today’s CIA and Special Forces – leased the club as a training ground for spies and commandos.