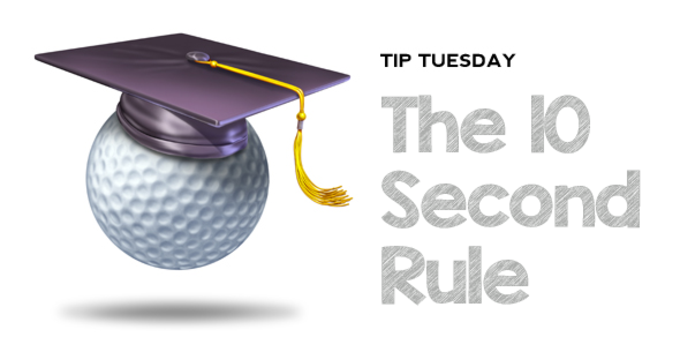 Golf is tough.  Anyone who’s ever teed it up knows that.

Ask any tour pro and they’ll tell you, training your mind is as important as training your body.  One of the greatest players in history, Bobby Jones, said: “Golf is a game that is played on a five-inch course – the distance between your ears.”

So on this Tip Tuesday, we’re tackling the mental game.

I played golf for a Division I program.  Everyone was talented and everyone could hit the ball a country mile.  But not everyone possessed the mental game needed for the next level.

Case in point, I played behind Rickie Fowler in Puerto Rico.  I watched him hook a ball out of bounds on a drivable par 4.  He immediately went back to the bag, when through his routine, and drove it into the greenside bunker pin high.  He holed out the shot for a “routine” par, then promptly proceeded to the next hole and stuck his tee shot to 5 inches.  Oh, and he eagled the next par-5.  Yea, the guy was something special.

A strong mental game does wonders for your score but it takes time to develop.  So here’s a tip that I put into play during my time at college.   It’s called the 10 second rule, and it’s pretty darn simple.

Easier said than done, but a short memory is key to playing well.   The best way to cure the double bogey blues is to birdie the next hole.

Enjoy the video below of the game’s best talking about the importance of the mental game.