The Rise of Rahm 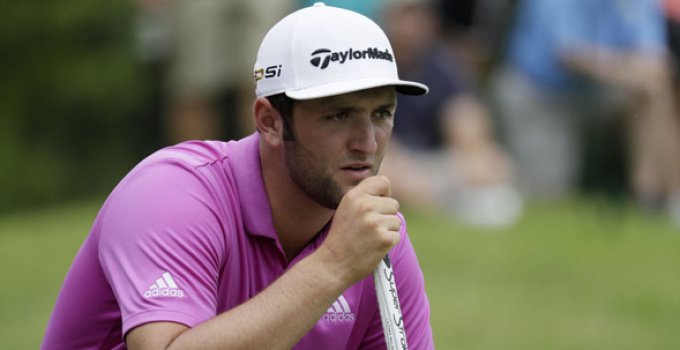 The opportunity to play in a major tournament as an amateur is a feat in and of itself, not to mention placing in the top 25. Jon Rahm finished T23 at Oakmont Country Club, the only amateur to make the cut this year at the U.S. Open. A week later at the Quicken Loans National, Rahm made his professional debut and fired a first-round 64 at Congressional Country Club. Heading into the weekend, he was tied for first with eventual champ Billy Hurley III at 10-under par. He would go on to finish T3.

Not a bad start to a pro career, especially when you take into account his T5 finish earlier this year at the Waste Management Open in Phoenix, not too far from where he went to college at Arizona State University.

But just who is Jon Rham?

Hailing from Spain, Jon Rahm’s college career included 11 wins;” in fact, he never finished outside the top-10 in any event during his senior year. Rahm holds a spot on the list of “Best Season Stroke Averages” for the NCAA, posting a 69.15 and 69.41 during his junior and senior years, respectively. During his last year at ASU, he became the first two-time winner of the Ben Hogan Award, an honor given to the best college golfer in the country for that year.

So far in his professional career, Rham boats a healthy average of 300.5 yards off the tee, a driving accuracy of 60% and he’s hitting more than two-thirds of his greens. Not too shabby for a rookie and stats that will bode well for a long and profitable career, should he keep them up.

This Spaniard certainly has a bright future. Never mind that shank that was caught on live TV using  the pro-tracer (if you haven’t seen it already, you have to check it out, sorry Jon).