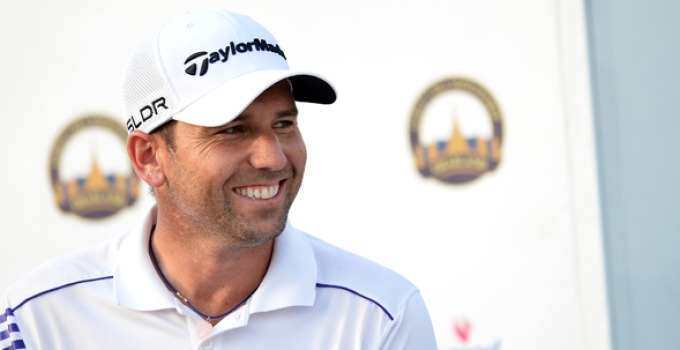 Sergio Garcia joined some pretty elite company this past weekend when he won the AT&T Byron Nelson in a playoff. “El Nino” pulled even with the late, great Seve Ballesteros for most wins (9) by a Spanish-born player on the PGA TOUR.

There’s no doubt Sergio’s got game. His ball striking is the stuff of legend. He’s got an uncanny touch around the greens and the most lag in a golf swing outside of Jamie Sadlowski. But even with all the success and accolades, there’s still one, large, glaring, gaping hole on his resume: a major title.

Which begs the question: is Sergio Garcia Hall of Fame material? I know, I know; it’s way too early for us to be talking about this subject. Or is it? Enire Els was voted into the hall in his early 40s; it’s scary to think but Sergio is only a handful of years his junior. Els has 68 professional wins to his name and multiple majors, but what about others, can a player be WGHOF eligible without winning “the big one?”

I’d like to think so. Garcia has a pretty darn impressive resume: he’s won 30 times around the world including nine times on the PGA TOUR, 11 on the European Tour titles and five more on Asian Tour.  He won the 2008 PLAYERS Championship (a “major” of sorts) and has been one of the most dominant players in Ryder Cup history with an otherworldly 18-9-5 record. He’s come close in major championships; twice the runner-up in The Open Championship (2007, 14) and PGA Championship (1999, 2008), T3 at the 2005 U.S. Open and T4 at the 2004 Masters.

But time and again, Sergio misses the big putt. Case in point, yesterday he had the chance to take the outright lead on the 18th green. But his 14-foot birdie putt slid by and he had to wait and cross his fingers. Major champions make the big putt; just ask Jordan Spieth, Tiger Woods, Jack Nicklaus, Arnold Palmer or Annika Sorenstam.

Certainly at 36 years young Garcia has plenty of time left. But whether he wins one or not, they should be clearing out a locker for Sergio in St. Augustine. I mean, come on, Dan Marino never won the Superbowl, Ted Williams never won a World Series ring, “Pistol” Pete Maravich never won an NBA title … should all of these guys vacate their respective halls?