Out of the Woods: When Will Tiger Return? 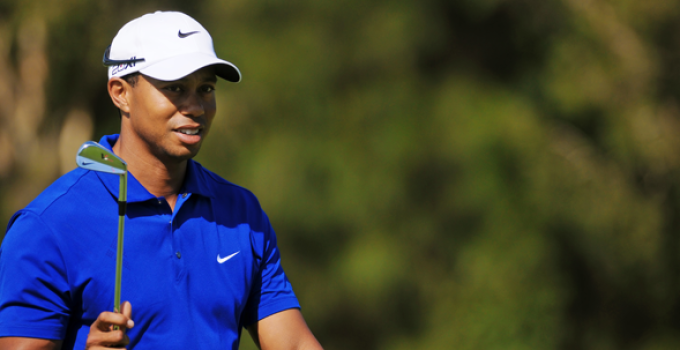 Playing a professional sport is never easy, especially when you’re an athlete nursing an injury. Sometimes you can tough it out, other times the pain is just too much to handle.

More follow-up surgeries on his back and Tiger Woods is looking more and more like the Six Million Dollar Man than the winning machine we’ve all come to expect.

As many of us know, recovery isn’t easy and can vary drastically from one athlete to another. Tiger has dealt with nagging injuries for years now which have kept him off the course; in a telling interview David Feherty said it isn’t a matter of “when” Tiger comes back, it’s a matter of “if.” Yikes!

One of the biggest questions in golf the past few months has been when and where Tiger would make his return. Early reports pointed to Tiger booking hotel rooms in Ponte Vedra Beach (The PLAYERS) and near Oakmont (U.S. Open). But alas, another week came and went without a Tiger sighting. So all this begs the question, when is Tiger coming back?

Well, Tigers are a creature of habit and Woods loves to play where he feels comfortable, so here’s our list of possible spots for his return.

The first option directly following the U.S. Open is the World Golf Championships-Bridgestone Invitational. Tiger owns Firestone Country Club; he’s won the WGC Bridgestone there an amazing eight times! In his last time playing the Bridgestone, Woods withdrew from the final round citing back pain.

Another great spot for Tiger’s return is this year’s Open Championship at Royal Troon in Scotland. Everyone loves returning to the home of golf; Woods has three Open Championship titles to his name, with wider fairways Troon looks promising and inviting.

Shortly after the Open, the PGA Championship will be hosted at Baltusrol Golf Club. It’s a tough golf course but Woods finished T4 (-2) in 2005 when it was last played there, so he kind of likes the course. We’ll give this one a 50/50 shot.

Next up could be the BMW Championship; Woods has only played in the event five times but has won it twice (2007 and 2009).

And what about the Ryder Cup?! It’s crazy, but could Davis Love III make Tiger a captain’s choice? Maybe Tiger becomes an assistant captain? Would Tiger do more good or harm on a Ryder Cup squad?

Opinions are mixed on Tiger’s return; regardless if you like him or loathe him, its undeniable the amount of excitement he brings to tournaments. When do you think he’ll come back? Or, dare we say, is retirement looming? Only time will tell.