Out of the Woods: Golf’s Bright Future 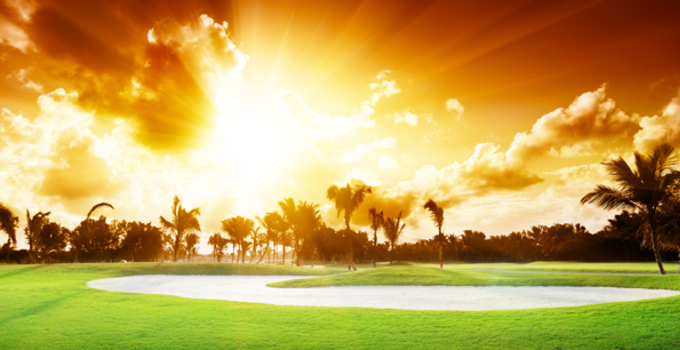 I can remember, in the not-so-distant-past, thinking of what golf would look like without Tiger Woods.

I was worried.  Would the excitement still be there?  Would players pump up crowds?  Would young golfers practice their fist pumps in the mirror?  Would I ever see clutch again?

I’ve been searching for a response to the questions for a while now.  And Sunday at the Wasted Open – oh my bad, the Waste Management Phoenix Open – I finally found the answer.  Yes … yes to all of it.

Whether it’s Woods or Wie, McIlroy or Matsuyama, golf is just darn exciting!  There’s no script, starters don’t get days off and players don’t mail it in at the end of a losing season.  It’s paycheck or bust every time they tee it up.

Yesterday, Fowler and Matsuyama straight dueled in the desert.  They traded blows like Ali vs Frazier.  Fowler seemed to have the tourney wrapped up, flushing a drive on the par-5 15 and sticking a 5 iron to inside 20 feet.  A routine birdie putt, followed by a smooth approach to the raucous 16th put the event squarely in his back pocket.

But then a drive on the 17th took a hard bounce and released over the green and into the water.  A two-shot swing, golf’s most devilish dance, produced an epic showdown on the 18th.  Fowler’s drive somehow bounced through the bunker and both players poured in clutch birdies.  Sprinkle in a few extra playoff holes – which were exciting as hell – and you have yourself one epic tournament.   And that’s the beauty of the game … what was lost can be won, and what was won can be lost in a heartbeat *cough van de Velde.*

Woods?  Who needs him.

Well, we do … but we don’t.   Woods was the architect of his own demise; he was (and still is) so good, that players had to up their skill level just to finish 5 strokes back.  So yea, PGA TOUR, these guys are really good.

If you haven’t flipped on the TV to catch some professional golf, you’re doing yourself a disservice.  If you aren’t watching golf because Tiger Woods isn’t atop the leaderboard, you’re missing the point.

Golf’s as strong as ever.  And maybe, just maybe, this past weekend people saw the grass beyond the Woods … and it’s very green.