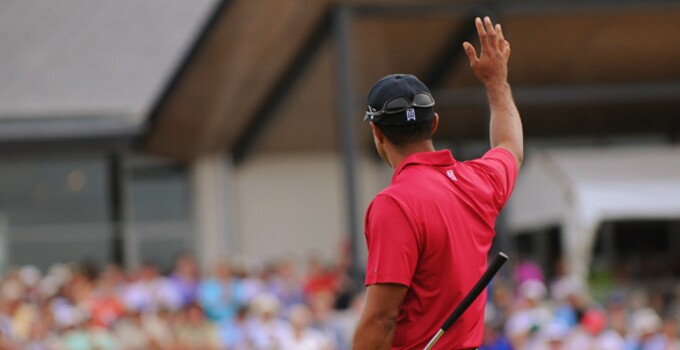 He dominated the headlines last week.  The former World No. 1 opened up and poured his soul out to TIME magazine in a rare one-on-one interview.

Woods sounded like a father, talking about all the joy his children bring him, how their happiness is most important and that being able to play with them again is goal No. 1.

Woods sounded like the end is nigh.  “Everything beyond this will be gravy,” he said, pointing to a stronger passion to lift his kids in the air more than trophies.

Now back to the golf where Bubba Watson played hero in the Bahamas.  One of the game’s great characters earned his ninth professional victory at the Hero World Challenge at Albany Golf Club.  He scorched the sun-drenched links with a 25-under-par 263 total, playing the weekend in just 129 strokes.

Now the interesting part, Watson said “If I ever become No. 1 in the world, ever, somehow, I’m walking away.  I’m going to walk away on top.”  Watson came into the week World No. 4, the win will certainly jump him a spot or two.

Hmm, seems like Bubba is changing his tune more than Adele’s new album.

Besides, if he walks away, who’s going to give us memorable shots like this one that sealed The Masters?