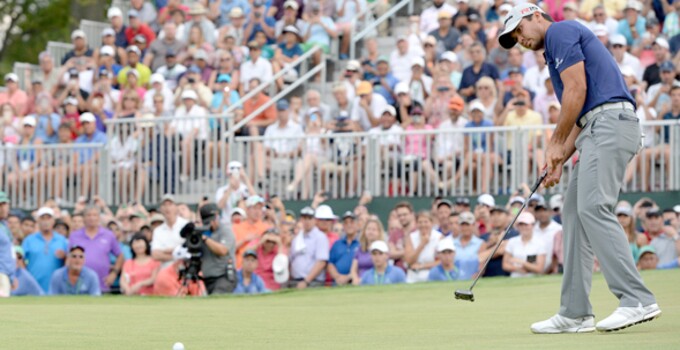 What do you think the best shot of the 2015 professional golf season was?

Was it Jordan Spieth’s blistering 3-wood on the 72nd hole of the U.S. Open at Chambers Bay?  Perhaps Rickie Fowler’s pin-seeker on the island green at TPC Sawgrass.

Lydia Ko certainly had her fair share of brilliant shots, maybe it was her near-impossible up-and-down on the 18th hole to seal her 10th career victory making her the youngest to do so in the history of the game.  Then again, Sei Young Kim’s back-to-back hole outs (first a chip in to force a playoff, then a hole out form the fairway to win it) could take the cake.

Or maybe we just make it easy on ourselves and pick any shot that Jason Day hit last year.

So, we ask again, what was the best shot last year?  Message us @BillyCasperGolf on Facebook and Twitter to let us know.

Either way, 2015 was filled with wondrous shots from the game’s best.  These guys and girls are good, really good.

Here’s a couple links to the best shots on the PGA and LPGA Tours.  Sit back, grab a glass of egg nog and enjoy!