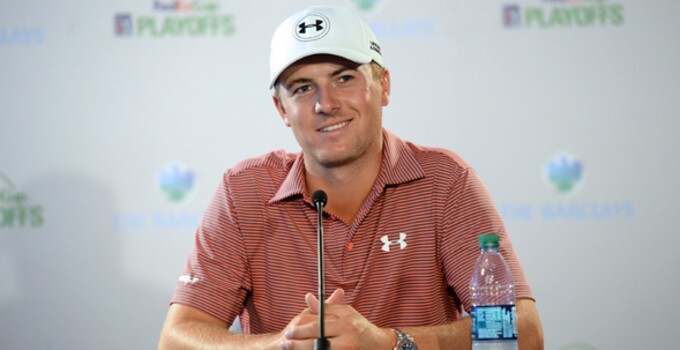 This might not be breaking news, but Jordan Spieth is talented.

2015 was certainly a coronation of sorts.  Spieth won multiple major titles and even flirted with history as he nearly swept them all.  He landed and strengthened lucrative sponsorship deals that will probably pay for his great-great-great-great-great-great grandkids college education.  He even reached No. 1 in the World Golf Rankings all before the age of 22.

From all reports, Spieth is about as nice as they come.  He’s crazy good at golf and equally as great at giving back to his community and helping charities.  He loves his sister dearly, is thankful for his family and is never one to brag.

To borrow a line from the great Teddy Roosevelt, Spieth “speaks softly and carries a big stick.”

Don’t believe us, well check out the video below of Spieth getting his Happy Gilmore on!  There’s no bigger stick in the game than Gilmore’s!