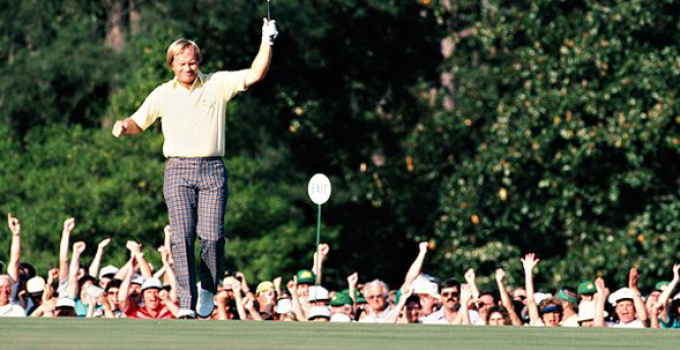 This year marks the 30th anniversary of Jack Nicklaus’ historic run to capture his sixth and final Masters. The Golden Bear still holds the record for the most green jackets in his closet. Will anyone ever beat or even tie his collection? Maybe. Will anyone ever duplicate his unforgettable feat 30 years ago? Never.

Nicklaus’ Sunday at the 1986 Masters is one of the most extraordinary final rounds in the history of the tournament. Going into that final round, Nicklaus was four shots back of leader Greg Norman and three behind some other legends including Tom Kite, Tom Watson, Seve Ballesteros and Ben Crenshaw.

Sunday started slow; he played the first eight holes at even par. Then Nicklaus turned on the after burners. He birdied Nos. 9, 10 and 11 and the crowd was ready to explode. A bogey at the 12th seemed to dampen his hopes, but a birdie at the 13th and an eagle at the 15th proved it was go time! Another birdie on the 16th followed by the iconic “Yessir!” birdie on the 17th put Nicklaus in sole possession of the lead. He finished with a two-putt par on 18 to cap off an incredible back-nine 30. When Norman, Kite, Watson, Ballesteros and Crenshaw couldn’t match his 9-under par total, Nicklaus, at the age of 46, became the oldest player to slip on the green jacket. It was the last of his 18 majors and one of his greatest victories. What an incredible win for Mr. Nicklaus.

What will the next 30 years bring at The Masters? Will there be another Sunday run similar to Nicklaus? Will someone win The Masters at age 50? Only time will tell at this timeless place. Augusta National is always full of excitement. I can’t wait to see what happens this year, and I am excited to experience Sunday at The Master first hand!