Gene Sarazen: The Mis-Hit Heard Round the World 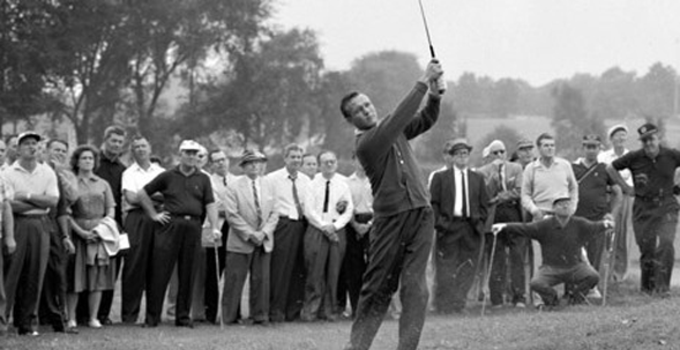 In 1954, The Wilson Sporting Goods Company sent Masters champ Gene Sarazen to the U.S. Amateur at the Country Club in Detroit to check out a young golfer.

Now don’t let the headline fool you, Gene Sarazen knew a thing or two about the game of golf.  Owner of the golf “shot heard ‘round the world,” Sarazen is tied 11th all-time in PGA TOUR wins (39).  He captured the career major grand slam and even invented the modern-day sand wedge.

But even “the squire” got a couple things wrong in his day.  Perhaps most notably was is inaccurate assertion of that young golfer at the 1954 U.S. Amateur.

Sarazen reported back to Wilson: “He lunged at the ball and duck-hooked everything.  He had to hole long putts and get up-and-down out of the sand to win the title.  I told [Wilson] the kid would never amount to much.”

So, just who was the kid?

He was Arnold Palmer.