Freddie Tait Could Hit It A Country Mile, No, Seriously 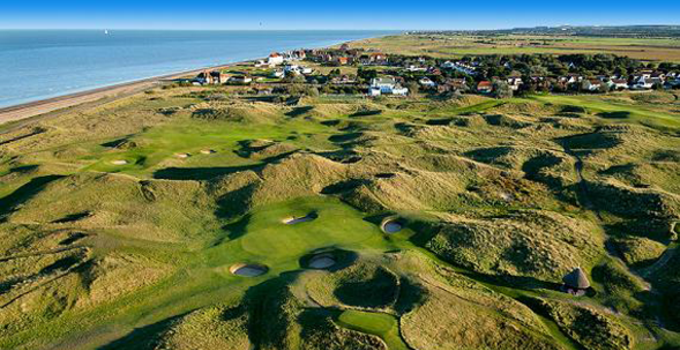 During the winter of 1898 (sounds like the beginning of a great historical novel doesn’t it?) a famous amateur made a pretty crazy bet. Freddie Tait, one of St. Andrews’ top amateur golfers at the time, wagered that he could play from the clubhouse at Royal St. George’s in England to the clubhouse at Royal Cinque Ports Golf Club – a distance of about three miles – in 40 teed shots or less.

Needless to say, takers were a plenty.  Imagine the shock on their face when Tait sent his 32 shot through a window at the Cinque Ports club. Put’s a whole new prospecting on hitting one a country mile doesn’t it?

Now, let’s break down Tait's cross country journey a little more shall we:

Tait needed 32 shots to go 3 miles, so a little math gets us 10.6 shots needed per mile.  Now, there are 1,760 yards in a mile, so divide that by 10.6 shots and we get an average distance of 166.04 yards per tee shot.  Now, you might be thinking, what idiot would take that bet? 166 yards is pretty easy. Ahh, not so fast, remember, the year is 1898, the same year that Coburn Haskell invented the wound golf ball (that’s a funny story all to itself, involving Coburn taking rubber bands, winding them into a ball, bouncing it and almost hitting the ceiling). Golf balls didn’t go as far back then, 250 yards was considered Bubba Long at that time. So, yea, this was pretty darn impressive.