Did You Know? Par for the United States of America is... 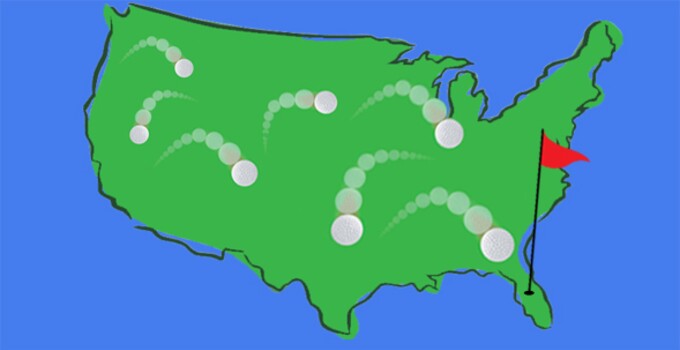 If you were to tee off from the coast of California and play your way across the United States to a hole cut on the shorelines of Florida ... what would be a par?

Rood teed off near the Pacific Ocean on September 14, 1963 and played through the countryside, traveling nearly 4,000 miles until he holed out near the Atlantic surf more than a year later on October 3, 1964.  It took him 114,737 strokes to complete his journey and he only lost 3,511 golf balls along the way.

Phew, talk about a long par-5.