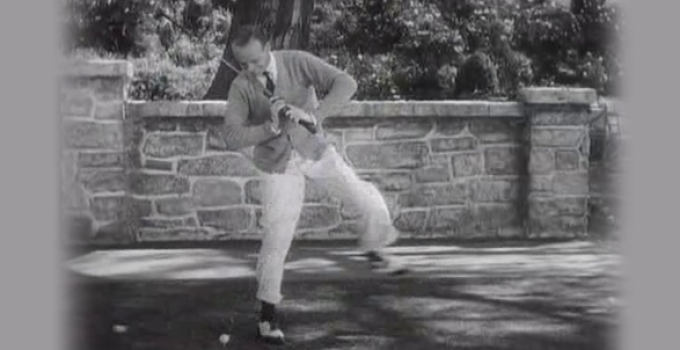 Here’s a fun bit of knowledge for you this fine Wednesday morning.

Did you know Fred Astaire – the famous actor, danger, singer, choreographer, musician and TV presenter (honestly, was there anything he didn’t do?) was also a really good golfer?

He proved his skills one day on the set of the 1938 movie Carefree.  The script called for Astaire to hit a dozen golf balls while dancing.  No cuts, no stops, it was all to be done in one shot.  To no one’s surprise Astaire performed the routine flawlessly (which can be seen just below).

Even more astonishing, when the crew went to retrieve the golf balls after the shoot they found them all within eight feet of each other.

Tap dancing and hitting golf balls at the same time … I guess there really isn’t anything Fred Astaire couldn’t do.