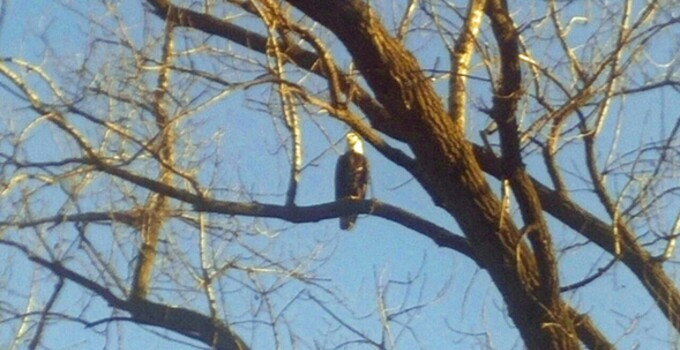 The rarest of birds was spotted the other day at Rob Roy Golf Course in Prospect Heights, IL.

No, we’re not talking about a chip-in birdie, or a 2 on a par-4 … or even the mystical albatross.

Sitting in the branches high above the eighth green was a bald eagle.

Here are some fun facts about the big bird that’s been the United States’ national emblem and mascot since 1782:

So next time you’re out on the links, keep your eyes open!  You might just see one of the most majestic birds on the planet.
And I’m not talking about the birdie you made on the 18th hole to close out the match against your buddies.  Though that’s a pretty good one too!