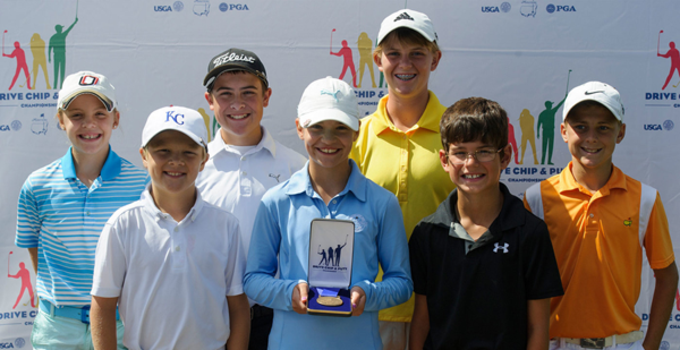 Has your little one ever dreamed of walking the fairways of Augusta National Golf Club?  Dreams of playing the same course as legends like Jack Nicklaus, Tiger Woods and Jordan Spieth?

Well, you can help your kids make that dream a reality by signing them up for the 2017 Drive, Chip & Putt Championship.  The Masters Tournament, United States Golf Association and PGA of American opened registration for the national competition where young golfers across American can earn a trip to Augusta to compete in the National Finals.

To register head on over to www.DriveChipandPutt.com and find a local venue near you.  The Drive, Chip & Putt championship is open to all boys and girls ages 7-15.  There are four age categories (7-9; 10-11; 12-3; 14-15), and three stages of qualifying:  local, sub-regional and regional.

Local qualifying begins Sunday, May 8, 2016, at TPC Sawgrass in Ponte Vedra Beach, FL, and continues through the summer at 256 sites across all 50 states.  The breakdown and schedule is as follows:

Stage 1: Local Qualifying (May/June/July/August)
256 host sites in all 50 states
3 juniors advance in each age/gender category from every venue

The regional qualifying events in September are set to take place at 10 championship host sites, including:

And how should you prepare for this amazing event?  Easy!  Head on out to your local BCG-managed golf course and hit the range!  BCG proudly offers an array of junior programs and clinics to get your young golfer hooked on the game and improve their skills.

This is an amazing opportunity to get your little ones hooked on a game that provides so many benefits and can be enjoyed for a lifetime.  Some of my best memories were formed on a golf course!  As they say, give your youngins a new “swing set!”