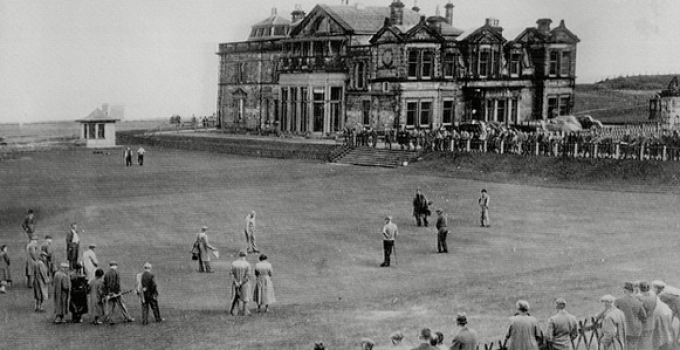 Well … this is awkward.

Much to the benefit of, well, every golfer on the face of the planet, the Old Course at St. Andrews is a public golf course.  It’s owned by the City of St. Andrews, Scotland, which graciously permits play by locals, tourists and various clubs.

One of those clubs is the Royal & Ancient, widely considered the governing body in golf and responsible for putting on the Open Championship every year.  The Championship Committee had a slight oversight in 1876, someone failed to make arrangements in advance of the Open Championship, so competitors had to share the course with the townspeople on a first come, first served on the basis.

How’d you like it if Young Tom Morris asked to play through during the Open Championship?!