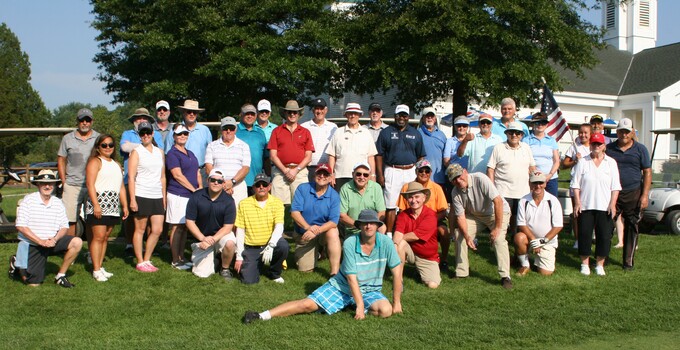 A huge thank you to everyone who participated in the eighth annual World's Largest Golf Outing! One hundred and three courses in 24 states participated in the highly emotional and entertaining event, helping to raise $250,000 for Fisher House Foundation to date, with event donations still being collected. While the majority of participating courses were managed by Billy Casper Golf (BCG), a good number of non-BCG courses also joined in the fun. Donations will be accepted online at www.worldslargestgolfouting.com until Friday, August 10, 2018.

Since 2011, more than 58,000 men, women, junior and senior golfers have played in 33 states to raise more than $3.75 million for military and family charities.  Several national celebrities from PGA Tour legend Chi Chi Rodriquez to 42nd President Bill Clinton have donated to WLGO.

By giving back to Fisher House, WLGO honors the philanthropic legacy of BCG namesake, Masters and two-time U.S. Open winner, Billy Casper, who served in the Navy and witnessed first-hand the effects of front-line combat. Casper often entertained U.S. troops serving in Asia by hitting golf balls over aircraft carriers. BCG CEO, Hill, imagined a day when courses in and outside the BCG portfolio would simultaneously host a golf fundraiser to support military and family charities – and his vision became the WLGO.

For more than 25 years, Fisher House has provided a “home away from home” for families of patients receiving medical care at major military and VA medical centers. The homes offer free, temporary lodging to military and veterans’ families, allowing them to be close to loved ones during medical crises and the healing process. There are 76 Fisher Houses across the U.S., Germany and United Kingdom.