Why did Rory McIlroy get a free drop from a fan's pocket? 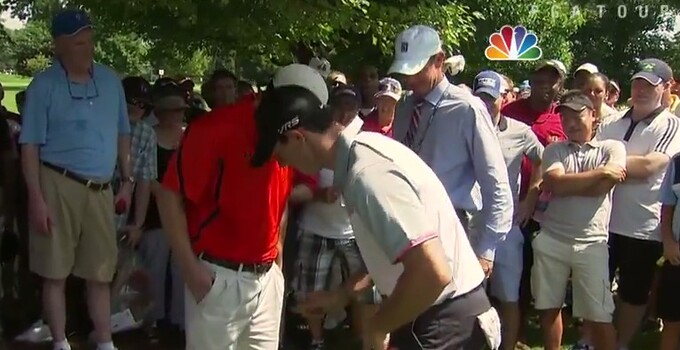 Rory McIlroy found his ball in a strange place on the 14th hole at East Lake G.C. in Friday's second round of the Tour Championship: in a fan's pocket.

His wayward tee shot at the par-4 14th hole landed first in a tree before rattling around and falling straight down into a fan's shorts pocket on the fly. McIlroy made his way to the fan, who stood largely still, to assess the situation. The world No. 1 brought in a rules official to tell him what to do next. So what rule did the PGA Tour official apply? It all falls under Rule 24-1b:

McIlroy took his free relief and made par from there.