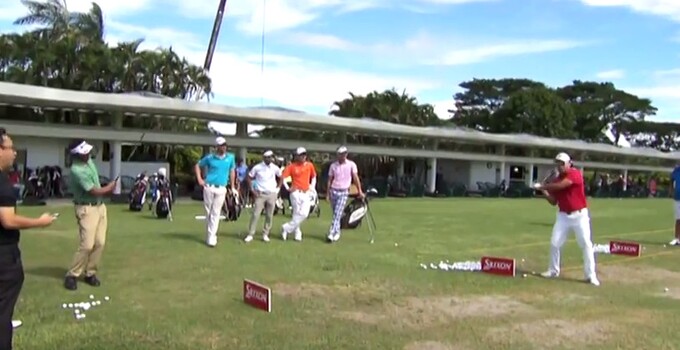 You've probably seen your fair share of golf trick-shot videos this year. They were kind of an "in" thing as far as easy golf content goes, and trick-shot artists responding by upping the stakes with even more creative shots.

And after each successive video, with each new entrant, you probably thought, 'Pssh, that looks easy. I can totally do those.' Don't lie; we thought it, too. However, several Asian Tour pros proved one of the most popular recent trick shots isn't is as easy as it looks.

At the Thailand Golf Championship, several tour regulars formed two-man teams and attempted to take on the chip-and-hit trick shot. You know the one, where one guy chips a ball from the side of the second guy, whose job it then is to blast the ball downrange. Turns out the pros, who can pull off most every golf shot required to score well, don't quite have the hand-eye coordination to pull of this trick on command.

With practice, however, we suspect the pros would do brilliantly.