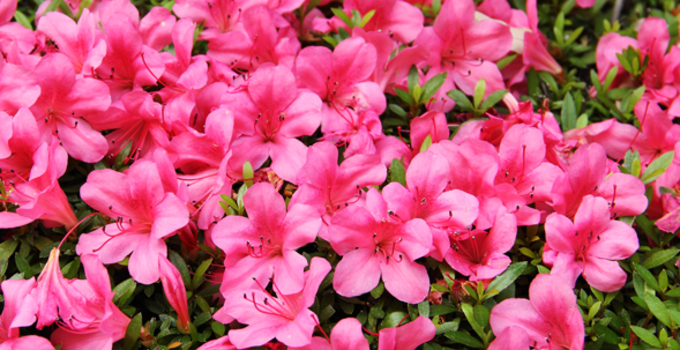 The tradition unlike any other is finally upon us.  Dubbed the unofficial start of spring, The Masters began in 1934.  A year later, Gene Sarazen put Augusta National on the map with his notorious “shot heard ‘round the world” – a double-eagle on the par-5 15th that propelled him into the 36-hole playoff he would eventually win.

So, in honor of this masterful week, we’ve put together a list of our top-5 Masters moments.  What do you think of our list?  What’s your top Masters performance?  Hit us up @BillyCasperGolf on Facebook and Twitter, we’d love to hear from you.

It was the Masters that featured more fireworks than the Fourth of July; at one point on Sunday eight golfers held a share of the lead.  But Charl Schwartzel provided the biggest bang when he became the first champion to birdie the closing four holes in the final round.  Previously, the best any Masters victor had done was birdies on the final two holes.  His final-round 66 was the lowest round by a winner since Nick Faldo in 1989.

Perhaps Schwartzel’s finish was foreshadowed by his start: he holed out an 80-foot bump-and-run for birdie on the first hole.  Or perhaps it was fate: his victory came on the 50th anniversary of fellow South African Gary Player becoming the first international player to win The Masters.  Or maybe it was just really darn good golf.

One of the most underrated champions in golf history produced one of the finest performances in Masters’ history.  With the help of a hot putter and a new weapon – a 5-wood – Floyd established several records on the way to his signature victory at the 1976 Masters.

“Ray” opened with a blistering 7-under 65 and followed it up with a Friday-66 to produce The Masters’ lowest 36-hole mark.  Floyd added a third-round 70 to post the lowest 54-hole total, and closed out the week with a final-round 70 to tie Jack Nicklaus for the lowest 72-hole total at 17-under par.  His green jacket was never in doubt; the next closest competitor to him was Ben Crenshaw, eight shots back.  Fourteen year later at Augusta National, Floyd nearly became the first golfer to win a major championship in four different decades; he lost in a playoff to Nick Faldo.

Tiger Woods did it first, but Jordan Spieth took it a step further.  Spieth delivered historic performances on almost every day he teed it up at Augusta that week.  His first-round 64 was one off the single-round record (Greg Norman holds that honor with a 63 in 1996).  Spieth’s two-round total of 130 set the record for lowest 36-hole mark.  One day later, he broke the record for the lowest 54-hole total.  And on the final day he tied Woods’ tournament total at 18-under par (which he certainly could have broken too).

But Spieth didn’t stop there.  The young superstar set the record for most birdies made at one Masters with 26 (Phil Mickelson previously held the record; Woods had 19 birdies in 1997).  Spieth also became the first and only man to reach 19-under at Augusta National.  He also became just the second man in more than 100 years to go wire-to-wire to win a major while being 21-years-old or younger.  The other?  Walter Hagen at the 1914 U.S. Open, that’s some solid company.

He’s too old.   He’s at the end of his career.  He hadn’t won a PGA event in two years and a major title in six.  Those were just a few things describing Jack Nicklaus who was considered an afterthought heading in the 1986 Masters.  At first, the comments proved true.  Nicklaus opened his Masters shooting 74-71, and while he made the cut, he was well back of leader Seve Ballesteros.  What happened next will go down as one of the greatest weekend performances in major championship history.

Nicklaus posted a third-round 69 to creep within four shots of new leader Greg Norman.  He carded eight straight pars to start his final round before birdieing the ninth.  Two more birdies at the 10th and 11th and all-the-sudden the crowd was buzzing.  Nicklaus then birdied the 13th and when his eagle putt dropped on the 15th, Augusta was officially going nuts.  A birdie on 16 was followed by the iconic putt on 17 (“Yessir!”) that dropped in for yet another birdie.  His final-round 65, at the age of 46, earned him his sixth green jacket and made him the third-oldest major champion in golf history.

It may be cliché, but it’s hard to argue against.  Tiger Woods march to victory in the 1997 Masters was the stuff of legend.  He shattered records at Augusta National: lowest four-round total (-18); largest margin of victory (12 strokes); youngest ever to win (21-years old).  And what made it ever more impressive, Woods did it all after shooting 40 on his opening nine holes (he recovered with a back-nine 30 which, you guessed it, no one has ever done either).  Woods also became the first African-American to slip on the golf’s most coveted jacket.

Jim Nantz said it best (like he usually does) when he declared, “There it is!  A win for the ages.”  Just like Woods’ domination three years later at the 2000 U.S. Open (an event he won by 15 strokes), we may never see a performance like that again.  The highlights from that year never get old.