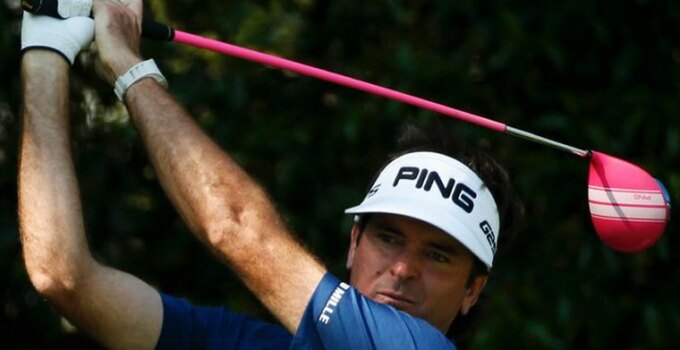 Standing in front of a large throng at Orange County National Golf Center, Bubba Watson smashed his hot pink driver, took full swings with his putter, and made a case for why the Ryder Cup isn’t about winning. The two-time Masters Champ had never touched the set of clubs he hit for fans at the PGA Demo Day, but it didn’t seem to matter. High draws and low cuts dodged through the overcast sky, raining down in what seemed to be Tampa.

Given his propensity for dramatic shots, the crowd eagerly posed questions asking about his feel. “In junior college, I shot 1-under with just a driver,” Watson said. “I regularly take one club out and play because it teaches you how to actually play the game. It gets you focused on your target and shot shape.”

Sometimes a polarizing figure, Bubba was all laughs while explaining his rise to prominence and tackling some interesting questions. When asked how amateurs could improve, his answer took some by surprise. “I would spend less time on the range,” Watson said. “This session right here is the most balls I’ve hit in a long, long time. Everything is perfect on the range, there are no uneven lies or tough situations. You need to put yourself in those positions on the course.”

Before wrapping up his session, Watson fielded a question about what he would like to see changed in the Ryder Cup. “It shouldn’t be about winning,” Watson said. “The Ryder Cup used to be about respect and growing the game. That was Samuel Ryder’s mission: grow the game. Now it’s all about winning. Being asked to be a captain is an honor, and if I was captain one day I would hope it would be a celebration of my career instead of pressure to win.”