An FAQ about Midwest winterkill 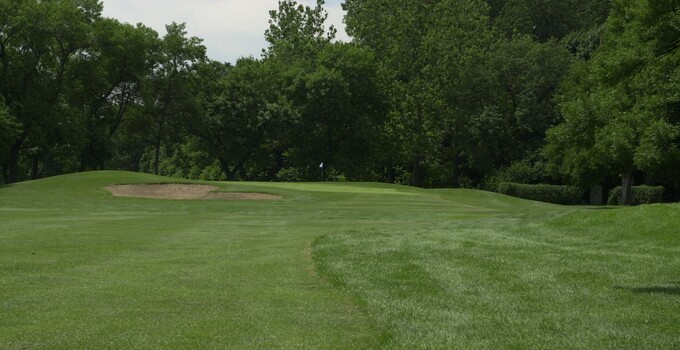 Winterkill is a general term used to define turf loss during the winter months. It can be caused by a combination of factors that include crown hydration, desiccation (a technical word for extreme dryness), low temperatures, ice sheets and snow mold.

Due to the unpredictable nature of environmental factors and other things like surface drainage, the occurrence of winterkill on courses is variable and can differ greatly between locations and even across the same layout. What seems to have caused the winterkill in the Chicagoland area?

In particular, two factors seem to be the primary causes of this season’s winterkill. First is crown hydration. During warm days late into the winter months, annual bluegrass plants like Poa annua start to hydrate. The risk for injury is greatest when a day or two of warm daytime temperatures is followed by a rapid freezing (no, we aren’t talking about the Cubs bats).

The most common time for this type of winterkill occurs during this time period when the snowmelt or rainfall refreezes before draining away from the grass. Upon refreeze, ice crystals can form in the crown of the plant, rupture the plant cells and ultimately kill off the plant.

The other is ice cover. Poa annua can begin to die when under ice cover for more than 45 days, but will almost certainly die with more than 60 days of ice cover. (By comparison, bentgrass can survive more than 90 days under ice cover.) At many Chicagoland courses, the ice cover lasted nearly 60 days, in part thanks to the melting-refreeze cycle underneath the large snow cover. As snow melted and refroze into ice, it further suffocated the turfgrass.

When can the recovery begin?

Recovery is already underway in the region and has been since late March. Most important to the recovery is soil temperature. Poa annua grass cannot grow unless soil temperatures are in the 55-60-degree, otherwise it remains dormant. With the warm-up to spring, soil temperatures warm as well, leading to growing conditions. If temperatures consistently climb into the 70s and 80s, optimal recovery can occur, though Poa annua can grow with an air temperature as low as 59 degrees. Poa annua grows best in the spring and fall seasons, while bentgrass thrives in the summer.

Is there anything superintendents can do leading into winter to stave off winterkill?

There are tactics superintendents can employ in preparation for winter that hopefully limits winterkill.

Greens are typically core aerified in the Fall, often in September or October in the Chicagoland region. A topdressing cover applied to the surfaces serves two purposes: to create a smooth playing surface for golfers still playing and provide a protective layer for the crowns of the turfgrass plants while going through the harsh Chicago winters.

At many facilities, a dormant fertilizer is also applied in late fall with the expectation that its release in early spring will help plants recover more quickly from the winter. The release of that fertilizer appears to have helped the turfgrass recovery at several facilities in the area. In addition, a common practice in northern climate golf courses is the application of a fall fungicide to protect the plants against snow molds, especially Pink Snow Mold (Microdochium patch) and Gray Snow Mold (Typhyla blight).

It sounds like a lot of things could lead to winterkill. Can you tell me about other factors that could contribute to it besides crown hydration and ice cover?

Here is a list of different types of factors that lead to Winterkill from a Turfgrass Science report issued by Michigan State University.

Desiccation: Winter desiccation is the death of leaves or plants by drying up when the plant is either dormant or semidormant. This type of injury is usually greatest on exposed or elevated sites and areas where surface runoff is great. Low-temperature kill: Low-temp kill is caused by ice crystals forming in plants at temperatures below 32-degrees Fahrenheit. There are several factors that affect low-temperature kill: hardiness level, freezing and thawing rate, the number of times turfgrass plants are frozen and post-thawing treatment. Since the crown of the plant is in the soil, ground temperature is more critical here than the air in terms of winterkill and recovery.

Snow Mold: The two common diseases referred to as snow mold are: Typhula blight (Gray Snow Mold) and Microdochium patch (Pink Snow Mold). Gray mold is the result of extended periods of snow cover. Pink mold can occur with or without snow. Chemical treatments applied before winter can limit the growth of snow mold, but may not completely stop it, particularly when snow cover lasts more than 75 days, like it did in this record winter.