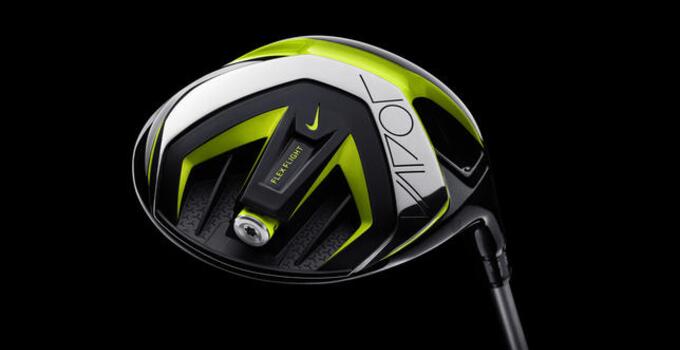 Nike Golf has put a little Volt into its next generation of drivers. Called Vapor, the three-driver series builds on the Covert line and its cavity-back technology.

At the heart of all three drivers are a trio of features:

3. A group of 15 loft and face angle settings using the company's FlexLoft 2 technology

The FlyBeams are along the side of the cavity back, with the idea of focusing energy toward the face to improve ball speed, as well enhance the sound at impact.

FlexLoft 2 allows a golfer to pick from five lofts and three face angles for a total of 15 unique settings, is five grams lighter than the previous generation and is backwards compatible with previous generations of the Covert woods.

The Vapor Speed driver has the largest head in the trio, with a black crown and the company's volt paint in the cavity back and proprietary Compression Channel. The Speed has a deeper face, sloping the crown more severely toward the back of the club to move the center of gravity lower on the face.

FlexFlight can fine-tune launch angle, spin rate, forgiveness and workability through 2-mm turns. Launch angle can change up to a degree and change spin by about 300 rpm.

The FlightPod is locked into place using the same wrench to tune lie and loft settings with the Flexloft system.

Nike also has introduced Vapor Speed and Vapor Flex fairway woods, sporting a 25 percent larger clubhead while continuing to push the center of gravity lower. The fairway woods have same cavity-back design and new Compression Channel as the driver models.