Cobra Golf introduces its Fly-Z line of drivers and metalwoods 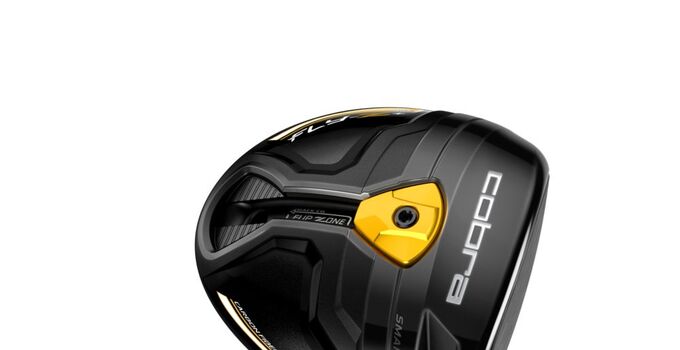 The placement of every last gram on your driver matters. It determines how forgiving it can be on poor hits, how the ball flies and how fast you can swing it. Right now, the golf club industry is offering golfers a chance to play with where weight resides on your golf club with the aim of customizing launch conditions to fit their games.

Cobra Golf made its entry into the custom center-of-gravity category on Tuesday with the introduction of its Fly-Z lines of drivers and metalwoods.

The Fly-Z line has three drivers: Fly-Z+, Fly-Z and Fly-Z XL, and they're designed for players of varying skill levels, with the Fly-Z+ for better players on down to the Fly-Z XL for the higher-handicap player.

All three drivers offer the company's now-standard E9 face technology, which positions the club's sweet spot to maximize distance off of low-heel hits and high-toe hits -- areas on the face the company feels amateurs miss most. Dual Roll technology shapes the face differently in two unique zones -- at the top and bottom of the face -- to again optimize off-center contact.

You'll also notice a bevel around the face of the drivers which Cobra calls the Speed Channel. That channel does two things, repositions mass better elsewhere on the club and allows for some face flex for more yards on crummier drives.

The use of weight in a golf club has become more sophisticated than ever, and Cobra's Fly-Z takes its turn at moving weight where it feels will benefit the player most. The crown and face are made from titanium, while the crown is carbon fiber, a lighter, but strong material that keeps weight down at the top of the club. All of that weight, some 8 grams, can then be positioned, in part, with the company's big selling point on this line: Zone technology.

On the Fly-Z+ driver, a player has two choices to optimize their center of gravity: a position in the front to hit the ball lower and with more roll (without lofting up for a more ideal flight for many players) or one in the back to launch the ball higher and with more carry. By moving a 15-gram weight into either position, the center of gravity can shift some 4 mm, which, when it comes to a golf club, is a lot of movement.

The Fly-Z and Fly-Z XL models don't offer the Zone technology. The Fly-Z has a weight permanently positioned in the back for that higher, more towering peak ball flight. The aim with Fly-Z wasn't adjustability in the center-of-gravity but instead moving as much weight to the back of the club for maximum distance and forgiveness. The same is true of Fly-Z XL, but the goal is improving loft for slower swing speeds and an offset to improve ball control for a player fighting the standard righty slice.

The Fly-Z+ and Fly-Z offer up to 3 degrees of adjustment on the loft using their MyFly technology. The hosel-adjusted customization offers eight positions, including a draw bias. For every 1-degree change in loft, Cobra says launch angle will increase by 0.7 degrees and hike spin by some 350 rpm. The XL isn't adjustable, instead coming in 9.5-, 10.5- and 11.5-degree offerings.

Smartly, there's also a nub on the bottom of the club called the SmartPad, which the company says sets the club square at address (if soled) regardless of the MyFly settings.